Free Event will include:

Dogs are welcomed and encouraged 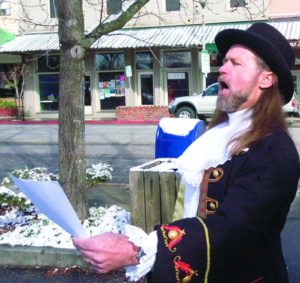 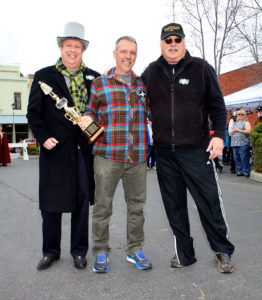 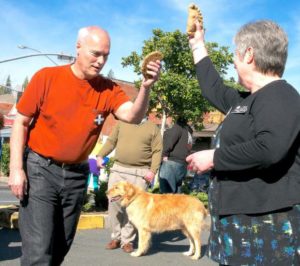 Every year Grass Valley captures some fun with its annual St. Piran’s Day pasty tossing contest. The rain or shine event, which celebrates the Cornish immigrants who settled around the gold mines, is fun for adults, children and especially dogs.

The festivities begin in the City Hall parking lot at Main and Auburn streets on Saturday, March 10 at 9:30 am. The slogan – “Everyone’s Cornish today!”

St. Piran’s Day begins with the bell and call of the Town Crier and raising of the U. S. and Cornish flags. The Grass Valley Male Voice Choir will lead singing of the “Star Spangled Banner” and “Trelawny,” the national anthem of Cornwall. Then pasties will fly. 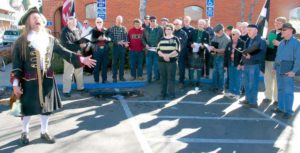 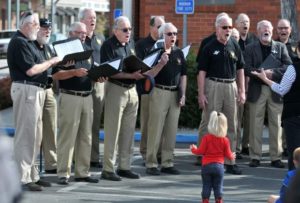 Vice Mayor Ben Aguilar of Grass Valley and David Parker of Nevada City will vie in the first heat with hopes of capturing the Mayor’s Trophy. Over the years, Grass Valley’s mayor holds a slight edge in the competition. 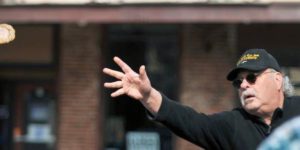 Other contestants will follow, including the police chiefs of the two towns, representatives of service clubs, Cornish descendants and curious onlookers of all ages. 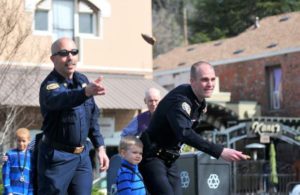 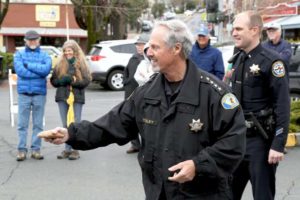 Winners will receive prizes and every contestant gets a St. Piran’s Day pin. Bring a leashed dog to help clean up the special tossing pasties, made with organic dog food and healthy ingredients.

If you bake, bring a home-baked pasty (the real kind) to the judging table by 9:15 to enter the pasty bake-off. Tess’ Kitchen Store will award $50 gift certificates for the “Best Overall” and “Best Traditional” pasty.

St. Piran is to Cornwall what St. Patrick is to Ireland. In history, he brought Christianity to the Celtic land in the 5th century. In legend, he outwitted menacing giants and taught the Cornish to refine tin. The Cornish flag, a white cross on a black field, is called “St. Piran’s flag.” 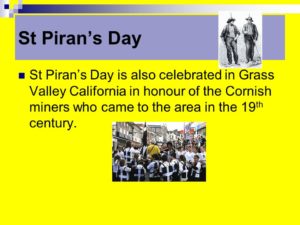 The Cornish, once the world’s preeminent hard-rock miners, came from their homeland with the know-how to tap the deep veins when gold in quartz was discovered near Grass Valley. The Americans called them “Cousin Jacks,” and Cornish women became “Cousin Jennies.”

Lyonnesse is the legendary site of Arthur’s last battle and a lost land fated to sink into the sea. It’s usually located along the Cornish coast between Land’s End and the Isles of Scilly, the southwestern tip of Britain. 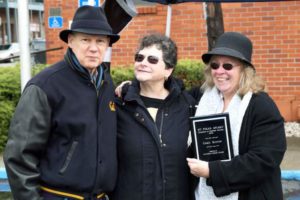 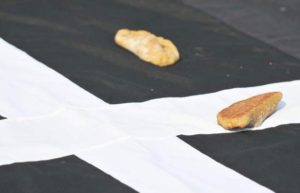 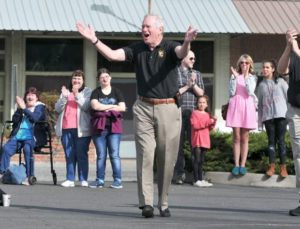 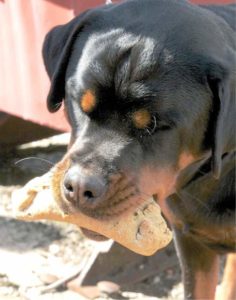 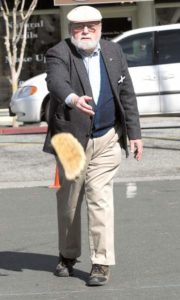 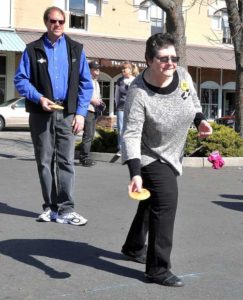