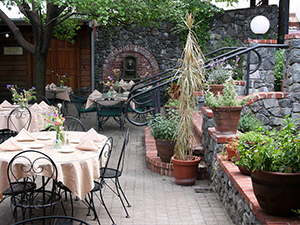 Tofanelli’s is owned by a third-generation restaurant family that has opened 15 very successful restaurants in California, Oregon and Nevada. Most famous were the Golden Egg Omelet House restaurants, with an incredible array of 101 omelets that have been featured on television and copied internationally. Tofanelli’s introduced that same award-winning breakfast menu featuring the 101 omelets in 2006 and its popularity has grown rapidly throughout the Gold Country foothills since.
–302 W. Main St., Grass Valley, CA • 530-272-1468 • Map It